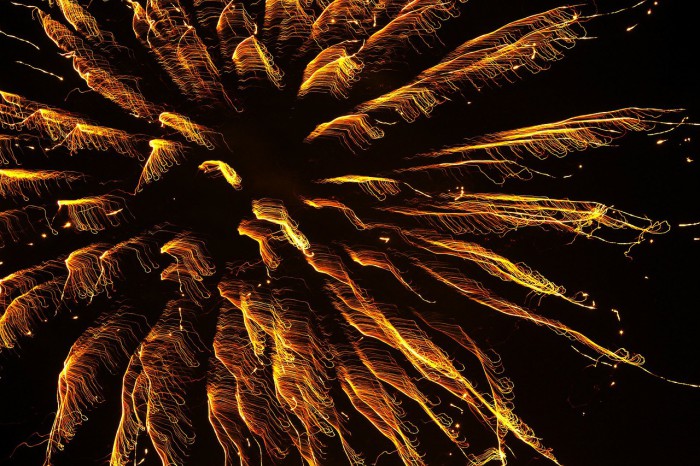 Market watchers were stunned to learn that hedge funds increased their long positions in gold by 19.7% for the week ending January 20, 2015 – a two-year high. Less than a month later, gold fell back out of favor with the general investing public and some hedge funds – but not all: Bridgewater Associates, Canyon Capital Advisors, Paulson & Co., the Baupost Group, and Brevan Howard Asset Management are just some of the “hedge fund titans” that remain heavily invested in gold. Many other major asset managers are also waiting for gold to explode. The only question is: How much longer will they have to wait?

Bridgewater Associates is an investment management firm that serves a wide variety of institutional clients, including pension funds, endowments, foundations, foreign governments, and central banks. It’s also known as the world’s largest hedge fund firm, managing around $165 billion in assets for clients. Bridgewater was founded in 1975, and today it’s led by Greg Jensen.

Bridgewater’s founder Ray Dalio ranked #60 in the latest Forbes list of richest people, with a net-worth of more than $15.4 billion. Mr. Dalio is described as “a big believer in gold as a hedge against inflation” who believes “every portfolio needs a gold allocation.” In addition to founding Bridgewater, Dalio also started the All Weather Fund hedge fund, which holds 7.5% of its $80 billion assets under management in gold – around $6 billion worth in today’s prices.

RBC Capital Markets is a Canadian investment bank with a major presence in the hedge fund industry. Last year, the firm advised 168 companies in merger and acquisition (M&A) transactions worth more than $155 billion. The company also manages assets on its behalf, including a $500 million allocation to precious metals.

“The problems in Greece especially and the possibility, according to the Germans, that they’re preparing for Greece to leave the euro, there’s geopolitical turmoil,” RBC precious metals strategist George Gero told Bloomberg earlier this year. “People are running to gold because it’s the last haven after the dollar.”

Canyon Capital Advisors is a $17.8 billion hedge fund with a significant stake in the world’s second-largest gold producer, Barrick Gold (ABX). According to Insider Monkey, Canyon increased its Barrick Gold holdings by 77% over the most recent period.

Canyon Capital Advisors was founded by Joshua Friedman and Mitchell Julis in 1990. In February, Mr. Julis was named by Forbes as one of the highest earning hedge fund managers of 2014 – he took home $150 million for the year.

John Alfred Paulson has been called “one of the most prominent names in high finance” and “a man who made one of the biggest fortunes in Wall Street history.” In 2007, Mr. Paulson made nearly $4 billion by being the on the right side of the housing meltdown. Shortly after that, he began accumulating a large position in gold, which he said would reach $2,000 an ounce.

Paulson ranked #113 on the latest Forbes list of richest people, after losing more than $10 billion on bad bets in 2014. Nevertheless, the self-made billionaire’s personal net-worth was still estimated at over $11 billion in March 2015. He has been described as a “buy-and-hold gold bug,” although he did sell roughly 40% of his stake in South African gold shares, Gold Fields Ltd, and Sibanye Gold Ltd., in the fourth quarter of 2014. Mr. Paulson remains GLD’s single largest shareholder.

The Baupost Group is a hedge fund founded in 1982 by Seth Klarman, author of the 1991 book Margin of Safety, Risk Averse Investing Strategies for the Thoughtful Investor. Klarman’s investment approach emphasizes risk management, and that philosophy has helped him grow the Baupost Group into one of the 11 largest hedge funds in the world.

One of Baupost’s largest positions is in NovaGold Resources (NG), which develops gold, silver, and copper properties in the U.S. and Canada. Baupost is the second-largest institutional holder of the company’s shares – next to Paulson & Co.

Brevan Howard is a European hedge fund with its funds domiciled in the Cayman Islands. As of the end of 2014, it ranked as the third-largest hedge fund in the world, with $40 billion in assets under management. The fund’s third-largest holding is Goldcorp (GG). The firm also has a significant position in GLD, according to Insider Monkey.

Brevan Howard was co-founded by five fixed-income traders, led by Alan Howard, in 2002. Mr. Howard is a former Director of the Conservative Friends of Israel, with personal net-worth of $1.6 billion.

Barrack Yard Advisors oversees $400 million for clients. In a phone interview in late January, the firm’s chief investment officer Marty Leclerc hypothesized the Fed will wait beyond June to begin raising interest rates, and that this will be bullish for gold: “If we’re in a really bad global economy and we have more downbeat news here, the motivation for the Fed to raise interest rates isn’t there,” he said, as reported by Bloomberg. “That would hence make gold more attractive if everyone is debasing currencies.”

West Shore Funds is an alternative investment manager that operates a single fund: The West Shore Real Return Income Fund, which pursues a combination of capital growth and current income designed to outpace inflation. Historically, gold and silver have been among the best weapons in the fight against an erosion of purchasing power.

James Rickards, West Shore’s chief investment strategist, also believes the Fed will be slow to raise interest rates: “I expect the Fed will not raise interest rates in 2015 due to US economic weakness and because they do not want a stronger dollar,” he told Casey Research in an interview published on March 2. “When that realization sinks in, the dollar should move lower and gold higher when measured in dollar terms.”

Peter Sorrentino is a senior vice president of Huntington Asset Advisors, where he helps oversee $1.8 billion. In late 2014, Mr. Sorrentino told Bloomberg that investors were making a “safety trade” into gold: “Investors have begun to see that the equity market is priced for a scenario that may not come to pass. That’s led some to flee the market and use gold as a storehouse,” he said.

Mr. Sorrentino has worked in the investment arena since 1981, starting as an analyst and moving to investment management in 1987. He’s seen the flight to the safety of gold many times over his career.

Western civilization begins with the Iliad, which tells the tale of the East (Troy) clashing with the West (Mycenae), and the West prevailing. Archeological and linguistic evidence, however, indicate that the Trojans spoke an Indo-European language related to the Hittite tongue, and that the Trojans and the Hittites were both related to the Lydians – the inventors of precious-metal coinage! Thus, the Troy Trojan Fund is an excellent name for a traditionalist, anti-inflationist investment fund.

The Troy Trojan Fund allocates between 30-50% of its assets to domestic investments, 30-50% to international investments, and only 20% to “alternatives,” including gold. In February, the fund’s manager Sebastian Lyon said he is holding on to his £200 million ($309 million) gold hoard despite low inflation, with over half of his alternative allocation dedicate to gold. Of this, around three-fourths is invested in gold bullion, with the remainder in gold ETFs.

Thanks in large part to wise allocating, the Troy Trojan Fund returned 108% over the past decade, compared to 81% for the average fund in the “IA UK Flexible Investment sector,” according to Navellier Gold.

According to Tenebrarum, the only thing significantly driving gold’s price is fear of monetary destruction, particularly of the U.S. dollar, which replaced gold as the world’s reserve currency following World War II. Today, people continue to accept dollars because the U.S. “remains the world’s primary economic and military power” and “the guarantor of the Western economic, monetary and political system,” but gold’s price going north of $1,110 an ounce indicates investment titans are skeptical of America’s ability to remain a global hegemon.

Central banks are “racing to the bottom,” each trying to outdo one another with interest-rate cuts designed to make their currencies weaker than the competition. Although the U.S. and UK set opened the monetary floodgates in 2008, they’re now among the few nations not engaged in stimulus, and – despite the opinions of Marty Leclerc (Barrack Yard) and James Rickards (West Shore Funds), the Fed seems poised to begin raising interest rates later this year.

This global monetary policy divergence is roiling the markets, and with geopolitical uncertainty throughout the Middle East, Europe, Asia, and Africa, gold and silver remain attractive despite of the strong dollar trend. U.S. investors are well-positioned to buy gold as it declines in nominal dollar terms, but increases in global purchasing power.