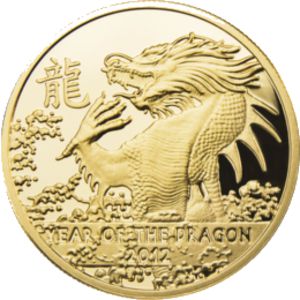 Americans love to hate China. We complain about our stores being full of Chinese goods, all the while buying those goods because they provide a better value than more expensive, often less-well-made American products. American politicians designate China a “currency manipulator” – oh, the irony! Then there are those who decry China’s Communism and disrespect for civil liberties – again, the irony! But here’s the truth: China doesn’t care if we hate them. China is on the rise. America is headed in the other direction. So now your choice is to emulate what China’s doing, or follow the U.S.’s path. The choice is yours.

Analysts say China bought close to 500 tons of gold in 2011 – 980,000 pounds, to be exact, or 14.3 million troy ounces. At today’s gold prices, that’s more than $25 billion worth of gold. Already in 2012, the Chinese have imported more than 3.3 million troy ounces of gold from Hong Kong alone! Zhang Jianhua, the president of the People’s Bank of China, is no Ben Bernanke. At the end of 2011, he said, “No [paper] asset is safe now. The only choice to hedge risks is to hold hard currency – gold.” If Zhang is a Communist and Bernanke is a capitalist, then I think we all need to rethink our ideologies.

The dollar has been the world’s reserve currency since the end of World War II. Prior to that, gold was the world’s reserve currency. This means that governments backed their own currency with gold. Out of the ashes of World War II, the U.S. – as the only Western state with any clout that hadn’t been blown to bits – established itself as the Super Power by supplanting gold with its dollar. From this day forward, all Western nations would back their currencies with American greenbacks, instead of gold. This allowed the U.S. to export its inflation to other, struggling economies, establishing what we call “dollar imperialism.”

Formally, this all broke down in 1971, with the end of the Bretton Woods System. Informally, it has continued – but it’s now in its death throes. Rather than participating voluntarily, countries are forced to submit to dollar imperialism under the threat of invasion. Just ask Saddam Hussein: Wait, you can’t. He started accepting euros instead of dollars in exchange for oil, and as a result, the U.S. invaded his country and had him killed. Muammar Gaddafi also threatened dollar imperialism and even talked about establishing a “Pan-African Gold Standard” – he was murdered in the streets.

The U.S.: Tipping at Windmills

But China is different. It has clout. It holds the fate of the U.S. economy in its powerful hands, and could crush it like the sick, diseased, and dying rodent that it is. Charges against China as a “currency manipulator” are based on its attempts to peg its domestic currency – the yuan – to the dollar. In other words, China wants to maintain a stable exchange rate between the two currencies – but this would not allow the U.S. to export its inflation. Yeah, this is China’s supposed crime! But unlike Iraq and Libya, China is a dragon, and while the U.S. may still see itself as a dragon-slayer, those days are long gone. So who do you want to be like: The dragon, or Don Quixote?