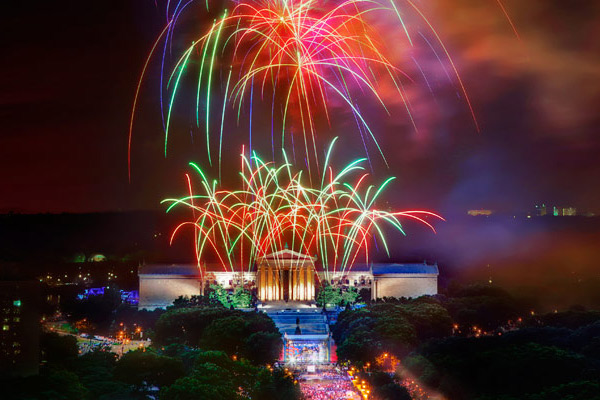 It’s July 5, and with Independence Day falling on a Wednesday this year, that means it was back to work for most Americans. The Fourth of July is a strange holiday, where people consume large amounts of alcohol and blow things up, all in the name of “patriotism” – whatever that is. But does this mean that the Fourth of July is nonsense; a Hallmark holiday for the beer and fireworks industries? It shouldn’t be. 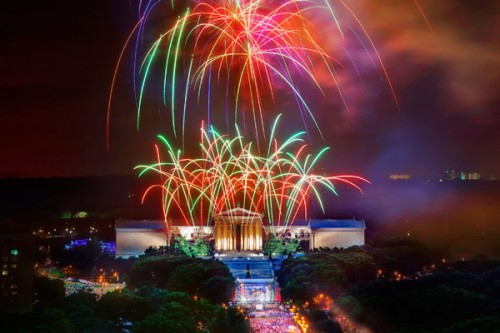 On July 4, 1776, the people of the thirteen American colonies declared their independence from the British Empire. Drafted in exquisite prose by the proto-libertarian Thomas Jefferson, the Declaration listed numerous grievances against King George. Among them were:

•    Maintaining a standing army.
•    Cutting off trade with the rest of the world.
•    Imposing taxes without the consent of the taxed.
•    Depriving people their right to trial by jury.

For these and other reasons, the people of the thirteen colonies issued a formal pronouncement of secession from the British Empire. Now every July 4, we celebrate that secession, even as most modern Americans repudiate the true spirit of Independence.

For instance, most Americans think it’s entirely unreasonable and dangerously unpatriotic to oppose the maintenance of a standing army. Yet, this was one of the reasons for America’s secession, and Thomas Jefferson himself once said that central banks were as great of a threat to liberty as standing armies – today we have both, and few people care. They do love their fireworks, though.

In 1776, Americans were outraged that their government would cut off trade between them and the rest of the world. Today, most Americans beg their government to do this for them, since they are uneducated on economics and think free trade is bad, and they’re simultaneously too childlike to simply not buy goods made in China or Mexico or whatever countries they think are “stealing our jobs” – a communistic notion at that, since jobs are not property, and even if they were, they wouldn’t be “ours.”

Americans today might gripe about taxes, but most pay them willingly. If there was ever a serious effort on the part of the American people to resist the IRS, that institution would crumble and take the state with it. But of course, the majority of Americans today are net beneficiaries of the confiscatory tax system, and thus they are in favor of imposing taxes without the consent of the taxed. Declaration be damned.

Americans today can be arrested and jailed indefinitely without trial. Do they care? Not for the most part. They’re more interested in watching the big game, drinking beer, and lighting firecrackers. To them, this isn’t just what America has become, it’s what America has always been. If it was ever anything else, they don’t want to know about it. Nascar is on!

The Declaration of Independence was written in 1776. The Constitution wasn’t ratified until 1789. In between, there were thirteen glorious years of comparative freedom and anarchy – the best America has ever had. These “lost years” are neglected by government-school textbooks. If you asked college-educated people what year the Constitution was ratified, I’m confident that 1776 would be the most popular answer. But the Constitution was, in fact, a counterrevolutionary document, intended to create a strong central government to supersede the loose confederation of thirteen states. Most Americans do not appreciate this tremendous difference between the Declaration and the Constitution.

Wrapped up in this snake’s mating ball of faux-patriotism is the odious Pledge of Allegiance, which was written by a self-identified socialist in the years immediately following the so-called Civil War. The words, “one nation, indivisible,” was intended as a blow against the traditional right of political secession – what the American revolutionaries did in 1776! Following the War to Prevent Southern Independence, America became “one nation, indivisible” in the sense that the voluntary union formed by the Declaration of Independence and bolstered by the Articles of Confederation was no longer voluntary. The Pledge not only affirms this, but was an overt attempt to instill obedience to the government on the part of school children. This is another thing in direct conflict with the spirit of 1776. (By the way, “under God” wasn’t added to the Pledge until 1954 – so much for that “tradition”).

The Founding Fathers were not a monolithic group. There were factions, each of which had their good and their bad, and even champions of liberty like Thomas Jefferson were tragically flawed – do we even need to mention the reprehensible institution of human slavery? There, we did. But the point is that what the Founders stood for and what we have today are vastly different. The Founders rebelled against a government far less domineering than the one we’re made to live under today. This fact is, of course, lost in the smoke of cheap fireworks every year, as Jefferson and his cohorts spin in their graves.