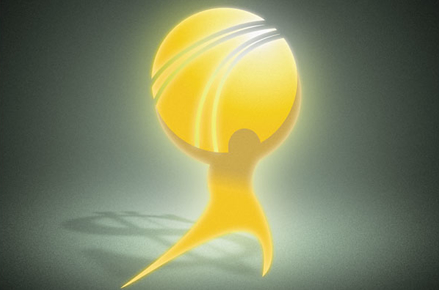 Rule #1 of film adaptations is that “the movie is never as good as the book.” Rule #2 is that “the longer the book, the worse the adaptation.” These things would seem to make Atlas Shrugged: Part I, the long-awaited film version of Ayn Rand’s 1,368-page ode to free-market fundamentalism a disaster waiting to happen—but instead, the movie is the ultimate exception that proves these rules.

Another thing that kills so many movies made from books is that the audience that reads books—a tiny and shrinking minority of Americans—is, on average, much smarter than the rest of the general public. Thus, when books are necessarily condensed into film format, they are inevitably “dumbed down” for mass appeal. The more intellectual, complex, and challenging the book, the worse the movie normally is, especially to fans of the original source material. Once again, Atlas Shrugged: Part I bucks this trend, as it is every bit as smart and idea-oriented as Rand’s classic novel.

Now, as you have no doubt heard, Atlas Shrugged: Part I has been decimated by critics. RottenTomatoes.com, which aggregates the reviews from professional critics, finds that only 8% have given Atlas a positive review. However, scanning the contents of these criticisms, it becomes clear that most writers are merely taking the chance to take potshots at Ayn Rand and her philosophy, rather than the film itself. “It’s as bad as the book,” is a common complaint, but the “bad book” on which Atlas Shrugged: Part I is based was cited as the second-most influential book in print by a famous Library of Congress study, second only to the Holy Bible. Film critics are part of the media, which is notoriously leftist, and they’re part of the Hollywood scene as well, which is even more at odds with libertarian ideals. Thus, the bad reviews are not surprising.

Common criticisms of the actual film typically boil down to the following: (1) It is “sterile and lifeless,” (2) It is low-budget, and (3) “The actors are a bunch of no-names.” I’ll address each of these criticisms below.

In so many words, this is how many reviewers characterize the acting, the script, the cinematography, etc.—virtually every aspect of Atlas Shrugged: Part I—and guess what: they’re basically right. But here’s the thing: The film, like the book, takes place in a dystopian setting. Criticizing Atlas for being “sterile” is like criticizing 1984 for being “dark.” The dialogue is very crisp, concise, and matter-of-fact—just as it is in the book. You could call it “sterile and lifeless” or you could call it “brisk and to-the-point”—it depends on your point of view. The entire look of the film is angular, clean, very stylized. While the book is set in a timeless era, the film takes place in 2016—and it’s easy to believe. Ayn Rand was hypercritical, but I doubt she’d be anything less than thoroughly pleased with how the movie looks. “Sterile and lifeless?” Only to the extent that the government has sterilized and strangled the life out of its most productive citizens. The movie is a pitch-perfect match for the novel.

Here again, the critics are right—but is this really a criticism? These same critics frequently rave about quirky, independent films made for less than a tenth of Atlas’s $10 million budget—whyis it necessarily a bad thing that Atlas lacked a big-studio budget? In fact, I’d argue that the film would have been worse had it had a $100 million budget and been saddled with the expectations that come with such a production. At $10 million, the film never looks “cheap”—it looks great—and the only thing I would have liked to have seen more money put into is marketing and promotion.

Several reviewers say that Atlas Shrugged: Part I has the look of a made-for-TV movie. I even read this in one favorable review written by a noted libertarian. However, I have to disagree: Nothing I saw made me think “made-for-TV,” and yet, with programs such as MadMen, Breaking Bad, True Blood, and The Tudors being made today, what is a “made-for-TV look” anyway?

Originally, names such as Angelina Jolie, Brad Pitt, and Charlize Theron were tied to the Atlas Shrugged movie. Obviously, things didn’t pan out, but this is not something to lament, as having such big stars would have necessitated a much higher budget, which would have come with a different set of expectations for box-office receipts, which would have probably resulted in the film being “dumbed down,” as referenced earlier. What’s more, when Angelina Jolie is on the screen, you see Angelina Jolie—you don’t see the character she is portraying. But with Taylor Schilling in the lead role as Dagny Taggart, Ayn Rand’s most famous heroine truly comes to life. Schilling is a “no-name,” but so what? That does not mean she’s a “no-talent,” and she’s not. I could scarcely imagine a more accurate portrayal of Dagny Taggart, as described in the book—she even looks just as I imagined Dagny to look: thin, attractive in her self-confidence, all business.

Co-starring with Ms. Schilling is Grant Bowler, who masterfully portrays metal magnate Hank Reardan. Bowler has been in a variety of things you’re likely to have seen, most notably in the role of Conner Owens in the ABC show Ugly Betty. But even if Bowler’s filmography lacked a single entry other than Atlas, would this mean he was automatically a bad actor? Of course not—and like his counterpart, he does an excellent job in bringing Reardan to life.

Several other recognizable faces fill the supporting roles. You’ll see actors you “know from somewhere” but can’t pinpoint where. These are some of the finest character actors in Hollywood, and they ensure that the film is completely devoid of the “amateurism” its critics accuse it of. The most famous box-office stars are rarely the best actors, and Atlas Shrugged is a film that does just fine without any household names or the oversized price tags that come with them.

In summary, the statist critics of Atlas Shrugged: Part I have pointed out several self-evident facts about the film, and then chosen to criticize these truths as if they’re inherently bad. And yet, as stated, these same critics have no problem heaping praise upon other highly stylized low-budget films with “no-name” actors—take Clerks, Kevin Smith’s debut film, for instance. In all,I’d say that Atlas Shrugged: Part I is very close to being as good as it could possibly be. If I were to assign a rating to the film on a scale of 1-100, with 100 being the best an Atlas adaptation of any budget could possibly be, I’d give this effort a rating of 97 or 98. This does not necessarily mean it is one of the greatest films I’ve ever seen, but rather than it is very near the best Atlas Shrugged: Part I that could ever be made, and this is an important distinction. For the number-one thing holding the movie back is that it is but one part of a trilogy, and thus the ending leaves the audience unsatisfied.

If the trilogy is ever completed, then as one unit, this could very well be one of the greatest films ever made. Thus far, I’d say it has done the impossible of not only living up to the book, but surpassing it by striking the perfect pace, cutting some of the less interesting or important parts (such as the subplot with the composer Richard Halley), and presenting the hardcore and uncompromising message of the book in visceral, visual form. My fear, though, is that Parts 2 and 3 will never be made, or concessions will be made in the name of attracting a large audience at the expense of maintaining the original’s integrity.

To combat this, I encourage everyone to go see Atlas Shrugged: Part I at a theater near you—or, if it is not playing at a theater near you, drive. I had to travel an hour each way to watch Atlas, and it was worth it. Due to its limited availability, the film has not made the big Tax Day splash I had hoped that it would, but if the entire trilogy is made, it will live forever on DVD,Blu Ray, and digital media, and, in time, it will likely spark an even greater interest in free-market ideology than the original work has in the 54 years since its initial publication.