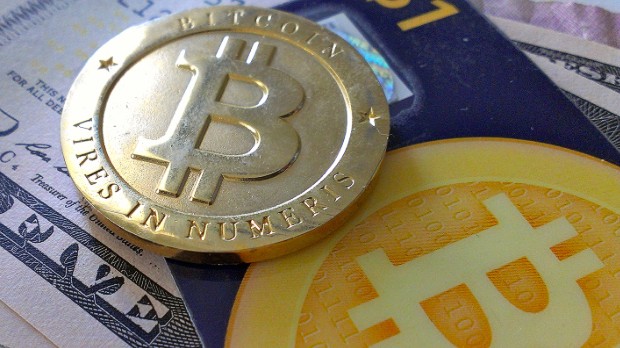 Appreciators of gold and silver tend to be skeptical of state power in general, and state power over monetary concerns in particular. We’ve always viewed gold and silver as the alternatives to government-fiat money, but another challenger emerged in 2009: The cryptocurrency known as bitcoin.

Is bitcoin a superior monetary alternative, not only to government fiat money but to gold and silver, too? To answer that question, a distinction must be made: Bitcoin may be a better currency than gold or silver – at least in recent history and possibly in the foreseeable future; but is bitcoin a better money than gold or silver? I don’t think so – in fact, I don’t think bitcoin is or could ever be money at all.

In Praise of Bitcoin

The rapid adoption of bitcoin since its emergence in 2009 has been astounding. As of February 2014, there had been a reported 31 million transactions in bitcoin’s history, and there were an estimated 2.5 million bitcoin owners. In December 2014, Microsoft – the second-largest company in the entire world – announced it would begin accepting bitcoin. Dell, PayPal, Dish Network, Expedia, and Overstock also accept bitcoin in exchange for goods and services.

The cryptocurrency’s primary appeal is that it isn’t controlled by any government or central bank.

The cryptocurrency’s primary appeal is that it isn’t controlled by any government or central bank. Instead, bitcoin operates as a peer-to peer payment system that uses its own unit of account: the bitcoin. New bitcoins are created and enter into circulation when computer servers solve difficult mathematical problems, which is called “mining.” The more bitcoins that are mined, the more difficult mining becomes. This mining process also provides verification of the existing “block chain,” and while I don’t understand all of the technical aspects, I do understand that the number of bitcoins is ultimately capped at 21 million – if only the Fed could be bound by such a limit!

Bitcoin is a fantastic anti-state technology, and it should be celebrated as such. It has existed for eight years now, and it has thus far demonstrated its marketplace value as a medium of exchange – a currency. The purchasing power of a single bitcoin, while fluctuating sometimes quite violently, has been on a tear.

I am not an expert on the technical aspects of bitcoin, but I’m willing to assume bitcoin is everything it’s cracked up to be: That its supply growth is intelligently managed and ultimately finite; that it isn’t any more susceptible to hacking than electronic banking (or even much less so); and that its transactions are anonymous and out of the government’s reach – all great things!

Perhaps there are valid arguments against bitcoin on one or more of these grounds, but I won’t make them. Instead, I’ll stick to what I do know: Money. Is bitcoin money? That depends on the following: Does a bitcoin have a use for its own sake beyond its use as a medium of exchange?

Since the dawn of civilization, gold and silver have been money. No man, king, or god had to invent money – it emerged organically through the process of bartering goods. Today we think of bartering as an alternative to using money: To barter is to trade goods for goods; to use money is to trade goods for money – but when money is itself a good, this distinction is unnecessary.

U.S. dollars do have value, of course – anyone who thinks otherwise is free to send me any they don’t want. The dollar, like all fiat moneys, has value based on the purchasing power it commands in the marketplace. But what gives the dollar its purchasing power? Income taxation and the imposition of a global “petrodollar standard” are two factors that bolster the greenback, but what originally gave the dollar its value was its tie to precious metals. This tie could only be stripped once America had sufficient military might – but all great empires fall, and with them their fiat currencies.

According to Austrian regression theorem, antecedent value is what gives money its value. This is a concise way of saying “money has value because it had value.” It’s impossible to imagine a money spontaneously generating its value as money without having value for its own sake first.

Gold and silver emerged as money in world markets the same way cigarettes emerge as money in state prisons and POW camps – because the particular goods (gold, silver, cigarettes) have value for their own sake, but they also have additional qualities that make them better “exchange media” than goods that lack those qualities. Those qualities include:

In addition, good money is non-perishable or indestructible – this is one differentiator between currencies and moneys, since moneys are not only “exchange media” but also “stores of value.”

A commodity like wheat doesn’t make a good money due to spoilage rendering it a poor “store of value.” Gold, by contrast, is truly indestructible – all of the gold that has ever been mined in earth’s history still exists today.

I’ve gone to great length explaining why gold and silver emerged as money in world markets, which is a role they held from the dawn of civilization until 1971. It has always been the view of gold and silver enthusiasts that when the fiat-money experiment ultimately fails – and fail, it must! – then gold and silver would resume their historical role as world monetary standards. I don’t think the development of bitcoin changes this.

The appeal of bitcoin is in its anonymity and its managed and limited inflation. These features are appealing in comparison to government fiat money – but what if there were no government fiat money? What will happen to bitcoin if/when the global financial system implodes –as it must one day, even if not in our lifetimes?

In their competition against government fiat money, precious metals and bitcoin are playing on different fields. By their very nature, gold and silver must operate on the physical plain – bitcoin is in the matrix. This gives bitcoin the advantage as a currency, since its cryptic nature protects users from government intrusion into their financial privacy – gold and silver offer no such benefits. But when the world monetary bubble bursts, and the governments of the world give up their monopolies on money and finance, gold and silver will reclaim their status as money, and the crypto-security offered by bitcoin will be less of a desirable feature.

Does bitcoin have a future? It or something like it may serve gold- and silver-backed transactions of the free-market future, but unless I’m wrong and “a bitcoin” has value for its own sake, bitcoin’s prospects for serving as the money of the future are just as bleak as the U.S. dollar’s.