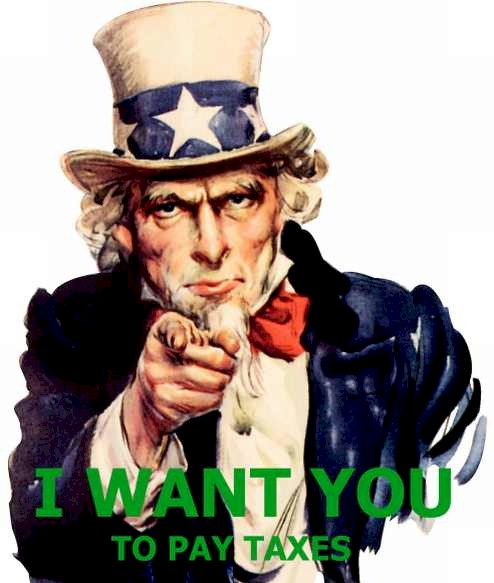 Tax Day falls on April 17 this year. To most Americans, this is just another day – they have their taxes automatically withheld from their paychecks, and by now, they’ve probably already received the refunds they earned by intentionally overpaying their taxes and giving the federal government an interest-free loan. For the financially undisciplined and irresponsible – and this includes the vast majority of Americans – this is the only surefire way to set aside money for future use.

But for many readers of Silver Monthly, April 17 is not just another day — it’s the dreaded day they have to settle up with Uncle Sam. Self-employed people and business owners have to make quarterly payments on their estimated taxes due, and April 17 is when they have to reconcile any discrepancies. To the intelligent taxpayer, the goal is to have underpaid by as much as possible without invoking penalties – in this way, the government is denied its interest-free loan, and you’re able to use the money you’ve earned for as long as possible before handing it over to the bureaucrats in Washington and your state capital. But tomorrow, the bill comes due, and this begs the question: just what do your taxes pay for?

There are 40 million government employees and contractors. There are 44 million welfare recipients. Fifty-six million Americans are on Social Security. In total, that’s 140 million Americans who derive their sustenance (and in many cases, much more) from the federal, state, and local governments. This leaves just 88 million adults working in the private sector, responsible for the other 140 million – each private-sector adult is responsible not only for himself, but for 1.6 other adults, too. If you work in the private sector, you’re responsible for supporting 2.6 adults!

Then, of course, there are the children – it’s always “for the children.” There are 84 million Americans under eighteen. Two million are home-schooled and 5.5 million attend private schools – that still leaves 76.5 million tax-supported captives of the public school system; or about 0.9 students per private-sector worker. Over 18 million children are on Medicaid, too.

Taxes on Top of Taxes 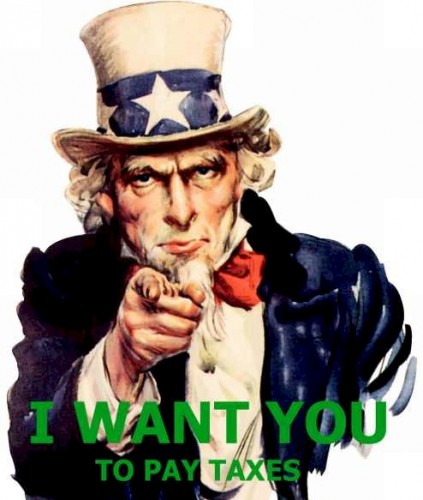 To support all of these hangers-on, the U.S. taxpayer’s burden is understandably onerous. Not only is there the federal income tax of up to 35%, but state income taxes that can reach as high as 10.55%. Some counties and cities have income taxes, too – all Maryland counties levy taxes on income as high as 3.2%, and the city of Baltimore has its own 3.05% tax on top of that. And let’s not forget about FICA, named for the Federal Insurance Contribution Act that created the payroll tax to fund Social Security and Medicare: it’s 7.65%, but your employer is made to match your “contribution,” so this really amounts to 15.3%. Self-employed people know this all too well since they have to make both halves of the contribution, but even traditionally employed workers need to account for this as a hidden tax of an extra 7.65%, because when an employer is determining how much he can afford to pay you, he has to take his required FICA contribution into consideration.

Thus far, we’ve been looking at taxes that are assessed on the basis of personal income, but we know that they don’t stop there. If you own a business, expect to pay corporate income taxes of up to 35%, and then another 15% when you take money out of the business as a dividend. This form of double taxation means that the total tax on business income can approach 50% — but that’s just for 2012. Starting in 2013, the dividend tax rate is going to go up to 39.6%, matching the top rate of taxes on regular income!

Taxes on long-term capital gains are going up next year, too. Right now, if you hold a stock or other security for more than a year, you are taxed a maximum rate of 15% of your gains when you sell for a profit – this is called a capital gain. Starting next year, the highest tax  rate on capital gains is going up to 20%, and if you sell a stock you’ve held for less than a year, the tax rate will be as high as 39.6%. Remember, you buy stocks with money that’s already been taxed as income, so this is yet another form of double taxation.

Whatever money we have left after federal, state, and local income taxes; FICA; business taxes; and taxes on dividends and capital gains, we are privileged enough to spend – and in most states, that means we pay a sales tax (yet another double tax!). Some cities have their own sales tax on top of the state sales tax, too. Then, of course, there are property taxes, which we pay even if we rent (the landlord just figures the tax into the amount of rent he charges). Finally, throw in the various taxes and fees specific to products we buy (i.e., gasoline, alcohol, cigarettes) and “privileges” we exercise under the state’s permission (i.e., owning a firearm, driving a car, dying), and it can quickly become apparent how the 88 million working Americans – just 28.2% of the total population – each have to work to support 3.5 people.

Loopholes Are Being Plugged

Tax shelters are being closed all the time. It used to be much easier to play tricks with the use of corporate entities, LLCs, trusts, etc., to drastically reduce the amount of taxes the government said you owed. These were originally secrets of the ultra-wealthy, but as advances in technology and communication brought these legal tax-avoidance strategies to the middle class, the political elite quickly moved to put the kibosh on them. Now, the rich can still avoid paying higher rates than working people, but they have to use more esoteric loopholes – and for this, the rest of us have to pay.

There is one tax loophole still open: Precious metals. There is no sales tax on gold and silver. If you never “sell” them for a profit, there are no capital gains taxes. Gold and silver, by their intrinsic nature, are a hedge against the loss of purchasing power – indeed, watching the prices of gold and silver in relation to the dollar is probably the best measure of how much purchasing power it is losing!

The Tax Man is going to get his share, one way or another. But you can limit what he gets by investing your after-tax dollars in precious metals. This way, at least you’re only taxed once. Don’t play the Fed’s fiat-money game, buying and selling stocks, and getting taxed on both ends. Gold and silver are money, and converting your Federal Reserve Notes into the real money of gold and silver allows you to keep more of what you earn. That is the American way.