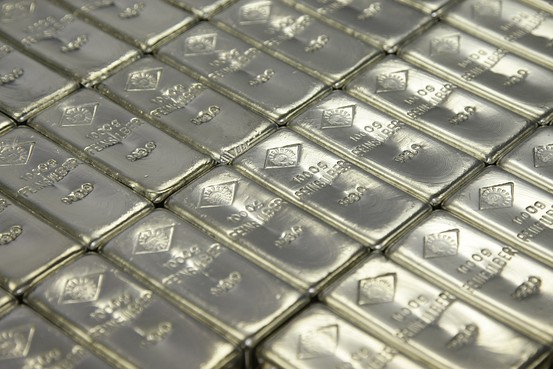 In late April, silver prices exceeded $50 per ounce. From there, the precious metal fell to the mid-thirties before making it back to almost $45 in late August. In late September, silver plummeted again, falling to around $30 per ounce. Then, today – October 25 – the spot price of silver leapt 4.9% to close at $33.24 per ounce – not bad for a one-day return. But all of this volatility begs the question: What is driving the price of silver?

You know the factors that drove silver to $50 per ounce this past spring: Silver is rare. It is in demand – both as an industrial metal and as a store of wealth. As governments continue to spend themselves into oblivion and think that the way out of overspending is more overspending, silver and gold become more coveted. Not only that, but when governments debase their currencies through inflationary policies, this leads to an appreciation in the price of silver irrespective of increased demand. In other words, it’s surprising that it took so long for silver to get to $50 in the first place.

But what drove the price of silver down so fast? Well, on April 26, CME Group – the company that resulted from the merger of the Chicago Mercantile Exchange (CME) and the Chicago Board of Trade (CBOT), which is charged with regulating commodities and futures trading – raised the margin requirements on silver futures. The raise only applied to silver futures, and was specifically designed to knock the price of silver down. Why?

As readers of Silver Monthly know, silver has been heavily shorted for years. These short sellers have taken losses that no normal, for-profit business could possibly hope to sustain and stay in business. In fact, it is theorized that a constantly losing short position in silver helped lead to the bankruptcy of Bear Stearns and, in part, necessitated the bailouts of many U.S. banks in 2008 and 2009. Governments around the world have an interest in keeping the prices of gold and silver as low as possible, and while they have largely lost control over gold, they continue to maintain a vice grip on the price of silver. Raising the margin requirements helped prompt a major silver correction.

But what happened today, then? Why did silver soar by almost 5%? As usual, silver and gold were up on economic worries, both in the U.S. and especially Europe. American stocks were down on disappointing earnings from companies like Amazon and Netflix—which, sadly, have become representative of the U.S. economy – and news out of Europe was “bad” – if you are a fan of bailouts. You see, time is running short for yet another bailout plan for Greece yet again. We could be on the verge of an entire Euro Zone implosion – the only surprising thing is that it’s happening there first.

So what’s next for silver? I’d like to say the sky’s the limit. However, in a preemptive move, the CFTC (Commodities Futures Trading Commission) has put new limits on how much “speculation” institutional investors can engage in as it pertains to commodities – including silver. In fact, silver and oil are the primary targets here, but as it goes with most central planning, the CFTC’s scheme could backfire: many analysts are predicting it will lead to hoarding of silver and oil, which would send prices higher.

It would be nice if silver traded in a free market where the only factors leading to its appreciation or depreciation were natural supply and demand. Unfortunately, there are multiple levels of government bureaucracy that have their not-so-invisible hands “guiding” the markets, and their actions often result in unpredictable outcomes. As John Maynard Keynes said, “in the long run, we’re all dead.” That’s true, but it’s also true to say that, “in the long run,” silver is going higher – in spite, or perhaps because, of what agencies like the CFTC do.