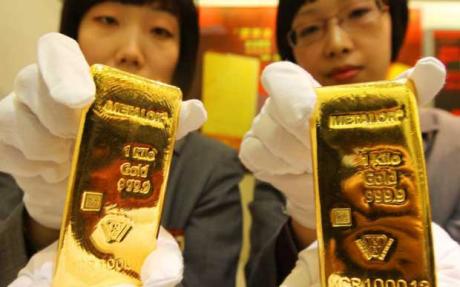 Many (if not most) gold and silver investors consider themselves to be patriots. This, in the minds of some, creates a dilemma: If gold and silver increase in value in response to the U.S. government’s failures, isn’t it unpatriotic to tie one’s financial interests to precious metals? After all, doesn’t a patriot put the interests of his nation above those of himself? Isn’t it wrong to profit from bad news?

To answer these questions, we first have to determine just what is meant by “patriotism.”

Once the American Revolutionaries had successfully declared and then claimed their independence from the British Empire, they decided to set up a new kind of government. No longer would kings and queens rule subjects – citizens would be part of a democratic-republic. One unfortunate side-effect of this was that it soon became commonly accepted that a country’s people and its government were one in the same. Thus, patriotism – love of one’s land and its people – quickly became conflated with nationalism. This conflation continues to this day.

The reality, as libertarian economists and moral philosophers of the twentieth century demonstrated, is that the government is always distinct from the people it rules. Democratic-republicanism is just the new guise that tyranny takes, as wealth is redistributed from the productive class (workers in the private sector) to the political one (government employees and contractors, and entitlement beneficiaries). If you’re a member of the productive class, then your best interests are not being served by your government – you can indeed love your country while distrusting (or even despising) your government.

But what about cheering on another country – one that is a rival and potential enemy of your government? That can’t be patriotic, can it?

Is It Unpatriotic to Root for China?

On Friday, gold and silver both fell on news that Chinese economic growth was slowing. American nationalists cheer any bad news out of China, but these nationalists are the same ones who see no problem with the Federal Reserve and the entire system of fiat-money central banking – they don’t own gold; they put their faith in the U.S. federal government.

Gold and silver bugs should have no problem cheering China’s economic development. Yes, the country’s government is still nominally communist, but the economic advances made by the nation are all thanks to market reforms. Every piece of good economic news out of China is a blow against its ruling regime. Every bit of bad news – like Friday’s – only serves to discredit capitalism there.

The Future of Freedom

If you believe in sound money and a free economy, then perhaps anything that causes the price of gold and silver to rise should be met with your tacit support. Even horrible things, such as wars, that drive up the price of precious metals, may in fact signal long-term gains for humanity. After all, inflation is the process by which a government’s currency becomes worthless, and when that ultimately happens, the current regime of fiscal recklessness and monetary insanity will come to an end. Then, perhaps freedom.