When Barack Obama campaigned for the presidency in 2008, he promised to deliver “change we could believe in.” And yet, once in office, the supposedly far-left Obama reappointed George W. Bush’s Secretary of Defense Robert Gates, and the Bush-appointed Chairman of the Federal Reserve Ben Bernanke. I guess Obama’s “change” did not extend to the spheres of foreign policy and the economy – i.e., 99% of everything that matters in politics. 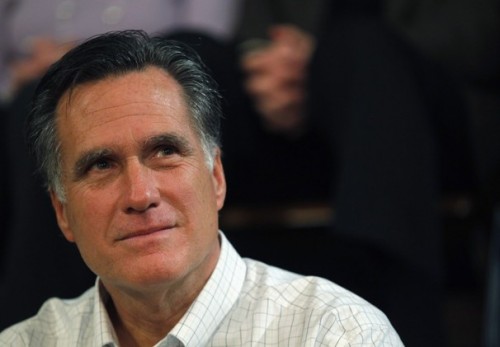 Now in 2012, with another presidential election just over six months away, another candidate is promising change: presumptive Republican nominee Mitt Romney. Romney, of course, was the architect of the Massachusetts health-care “reform” legislation on which “ObamaCare” – individual mandate and all – is based. So much for change, right? Well, Romney has already differentiated himself from Obama more than Obama differentiated himself from Bush. How is that, you ask? Because Romney is looking to boot Bernanke.

If elected, Romney would take office in January of 2013. Bernanke’s term expires in January of the following year. In the meantime, Romney would have to find a new candidate and get him approved by Congress. Does he have anyone in mind? If he does, he’s not telling. “I’m not saying who I’d appoint to the Federal Reserve, but it’s not likely to be the same person,” Romney told talk-show host Piers Morgan. But Bernanke’s replacement is not likely to be someone that would rattle the financial markets. Romney is an experienced financial professional; a fiat-money enthusiast who made a fortune with the help of the Fed’s easy money on Wall Street. So no matter how cozy Romney has gotten with Ron Paul, I wouldn’t expect a radical appointee as Fed Chairman – no decent man would take the job.

Mark Felsenthal, Reuters correspondent on the Federal Reserve, suggests that Romney would favor a Fed head who prefers a “hard money approach.” Felsenthal, like most Beltway correspondents, doesn’t seem to understand what “hard money” means. A “hard money” approach – i.e., a return to money that is physically hard, such as gold and silver – would most definitely “rattle the markets,” which Felsenthal admits Romney will not want to do.

Felsenthal continues to say that Romney will want a Fed head who will work to maintain the value of the dollar, and focus on “price stability” with less of an emphasis on economic growth. The Fed, of course, is the sole source of inflation, the devaluation of the dollar. “Price stability” is a canard, as prices naturally fall in a free market with sound money. As for having less of a focus on economic growth; real growth is not at odds with a strong dollar. Real growth is based on having a sound economy, the foundation of which is sound money. And politicians always want the appearance of growth. Romney will be no different.

What this demonstrates is that neither Felsenthal, nor Romney really have any clue what they’re talking about. Will Romney appoint someone new? Perhaps. But he is a notorious flip-flopper, and if he could change his mind on an issue like abortion, deciding to keep Bernanke as money-printer-in-chief would not be that big of a leap. And even if Romney does select someone new, it will not be someone committed to “hard money.” The system itself is irredeemably corrupt. Putting someone new in charge will not change that fact.

Investors should take Romney’s threat to replace Bernanke seriously, though, as it plays into the Presidential Cycle, which we reviewed here at Silver Monthly a few months back. If Bernanke takes Romney’s threat seriously, and he thinks that Romney actually has a chance of defeating Obama, then  Bernanke is immediately incentivized to print more money to stimulate the economy, making Obama look good for the time being and thus giving Romney a harder time defeating the sitting president. This could be huge for stocks over the next six months, and it could also send gold and silver through the roof.

Below is a link to the video on which this article is based:

See also: What Would a Romney Presidency Mean For the Economy?