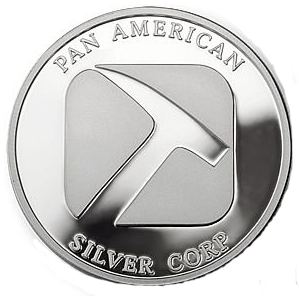 Pan American Silver is a mining company focused almost exclusively exploring for silver and developing silver mines. In 2011, Pan American produced approximately 22 million ounces of silver – up from 7.1 million in 2002. Its growth has been staggering, thanks to an aggressive mine-development schedule. Pan American operates primarily in Central and South America. It also sells silver-mining byproducts, such as zinc, lead, copper, and even some gold. Pan American Silver is based in British Columbia, Canada, and its shares trade in the United States on the Nasdaq Global Select market, under ticker symbol PAAS.

This is the third in a series of 2012 silver stock reviews. In our first, we explained various stock-trading terms, such as price-to-earnings ratio (P/E ratio), how earnings are measured on a year-over-year basis, etc. For a review of these concepts see our earlier review of Silver Wheaton. Otherwise, carry on.

Pan American Silver finished its San Vicente expansion project in late 2008, and its Manatial Espejo mine in early 2009, thus completing all of its major near-term projects. The firm does have other projects further down its pipeline, which could result in huge growth: For instance, there is the La Preciosa project in Mexico, and the Navidad deposit in Chubut, Argentina – combined, these two projects could double Pan American’s silver output by 2016.

Meanwhile, Pan American acquired Minefinders earlier this year. This acquisition will increase production while also fattening operating margins, as Minefinders’ prime property is its low-cost Dolores mine, which produces both gold and silver. Minefinders also owns the La Bolsa project, which is in its final stages, and could produce silver as early as 2013. This exposure diversifies Pan American’s operations, reducing its political risks in Bolivia and Argentina, where property rights aren’t always respected by ruling governments.

Pan American Silver is unhedged. A hedged silver company tries to make money independently of silver prices. It does this by buying and selling futures contracts to offset any gains or losses in the price of silver, so its profit is lower but predictable. An unhedged silver company like Pan American doesn’t do this, and therefore, it stands to benefit if silver prices rise – or suffer of they fall.

In 2011, Pan American reported net income of $352.5 million on sales of $855.3 million – both five-year bests. In fact, Pan American has grown earnings for three straight years, and sales for six straight years. However, earnings are projected to be down in 2012, and earnings per share were down 5% last quarter, despite beating earnings expectations by nearly 14%. Worse yet, estimates for the current quarter – the results of which will be announced on August 11 – were revised down to -39%, year-over-year.

In terms of trailing earnings, Pan American Silver looks like a bargain. Its P/E ratio is just 5.8, compared to an industry average of 14.1, and a five-year average of 33.5! However, when you look at Pan American on a forward basis, its P/E goes up to 8.2 – still not bad, since the S&P 500 average is 13.1 – but when adjusted for future growth, Pan American has a PEG of 5.4, which indicates it is grossly overvalued.

By all other measures, Pan American looks like a cheap stock. Its price-to-book ratio is 0.9, meaning Pan American is trading at a discount to its net-asset value. Its price-to-sales, and –cash flow ratios are 2.0 and 5.3, respectively; both well under the industry averages of 5.1 and 11.2; and its own five-year averages of 5.5 and 14.3. But the decelerating earnings and the consequently enormous PEG should give future-oriented investors serious pause. 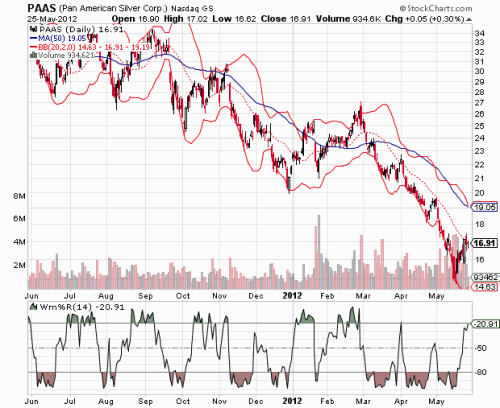 Pan American has been increasing production by leaps and bounds every year. On a trailing basis, its valuation metrics look criminally low. However, on a forward basis, the stock does not look like a good buy. The growth that has made Pan American such a great stock in the past looks to be slowing – at least for now  – and while the company does have some projects in its pipeline that could quickly turn things around for it, the fact is that there are lower-risk alternatives for investors looking to gain exposure to silver.