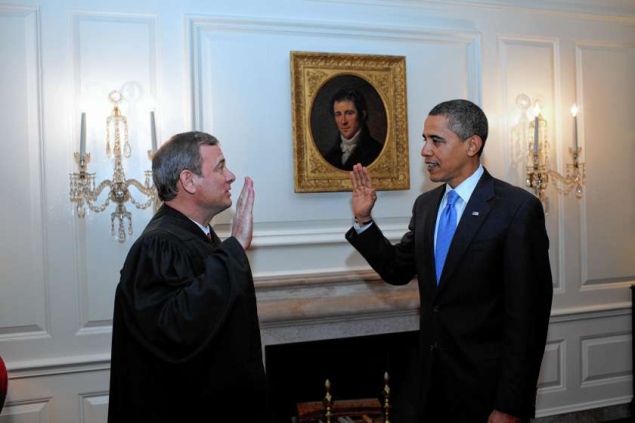 Whenever the Nasdaq trails the Dow, it is seen as a bearish sign. In Week 2, both indices posted gains, but the Dow’s 1.7% was much greater than the Nasdaq’s 0.5%. Savvy readers of the tape could have predicted a pull back in equity prices, as the S&P 500 lost 0.58% for the week, while the Dow lost 0.99%. Ironically, the Nasdaq posted a gain of 0.68% for the week, with four up days and only one day in the red. Meanwhile, gold and silver were both down four of five days, and finished the week down 3.79% and 6.45%, respectively. The dollar lost ground against the euro three of five trading days, but still finished up 0.33% for the week. 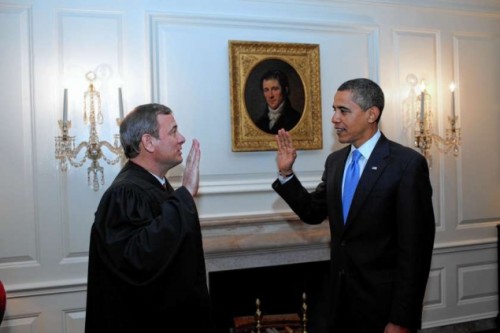 Thursday was a day that will live in infamy for as long as the United States shall stand. Siding with the liberal, Democratic-appointed justices, Chief Justice John Roberts – a George W. Bush appointee – upheld the constitutionality of the individual mandate aspect of ObamaCare. This ruling basically affirmed the federal government’s unlimited power to force people to do anything, or prohibit them from doing anything, so long as the mandates are phrased in the language of taxation.

In the wake of this historic decision, stocks tanked, but after the mid-day sell-off, insurance and Big Pharma stocks surged, lifting the entire market – what does this say about ObamaCare and who it’s really good for? At the end of the day, the S&P 500 was down 0.21%, the Dow was down 0.2%, and the Nasdaq was down 0.9%. Gold fell 0.95%, and silver was down three cents to $26.81. Inexplicably, the dollar gained for the fourth straight day, closing at 0.8037 euros.

For the month, stocks were up across the board. The S&P 500 gained 3.96%, the Dow was up 3.93%, and the Nasdaq was up 3.81%. Gold gained 2.52%, but still closed out its worst quarter in eight years. Silver lost ground again – 2.35% – although it kept pace with the hapless dollar, which fell 2.36% against the not-as-hapless euro. Here’s a prediction you can take to the bank: One of these months, silver will absolutely skyrocket. The dollar won’t.