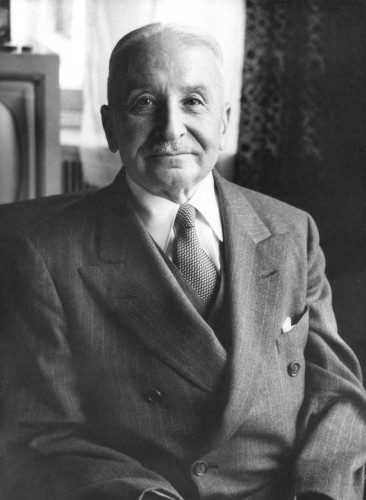 The current crisis in the Euro Zone makes one thing clear: the entire global fiat-money system is doomed. Add to this the fact that the U.S. has had its credit rating downgraded, and there is no realistic chance of the national debt ever being paid down, and it seems clear that the time left for the greenback and other fiat currencies should be measured in years or months, but not decades.

The global fiat-money financial system is itself a gigantic bubble that’s about to pop. And when it does, what will replace it? Obviously, the answer is gold and silver. These precious metals were money for the four thousand years prior to the breakdown of the gold standard in 1971, why shouldn’t they be restored to their rightful place in the world economy after the still-fairly-new experiment with government-controlled money ultimately fails? After all, global fiat money has only existed for forty years – forty years versus four thousand years! And yet people have a hard time believing that gold and silver “could work.”

The first thing one needs to understand is that money predates governments, or at least, government control of money. When freedom reigns, people have a way of solving their own problems. In a market exchange-based economy, there is a need for money. Thus, people invented it. No one individual was responsible for inventing money: it emerged organically from the process of barter. Here’s how it happened:

Let’s say Joe Shoemaker makes shoes, and Thomas Fischer is a fisherman. If Shoemaker wants to eat fish tonight, he can offer to trade a pair of shoes to Fischer for some halibut, but if Fischer doesn’t want or need Shoemaker’s shoes, then the two are at an impasse. That is, until Shoemaker realizes that he can make a trade with Nick Saltz, who mines salt, who happens to have a baby who needs a new pair of shoes. Shoemaker doesn’t want salt for himself, but he realizes it is more easily traded than shoes, so he takes the salt he gets in his trade with Saltz, and trades it to Fischer for the halibut he wants. Maybe Fischer doesn’t even want the salt for himself, but realizes it is more easily traded than fish, which is perishable, so he makes the swap.

In the above scenario, salt takes on the role of money. Salt certainly makes better money than shoes or fish, but it doesn’t make the best money. That’s because although it is nonperishable, easily divisible, and scarce (all traits of good money), it is not value-dense enough – imagine trying to buy a car with salt! Gold and silver have always been good money because they have all the qualities that make goods good money, and they have them in greater abundance than any other goods. Kings and Caesars may have stamped their faces on gold and silver coins, but none of them ever had to declare gold or silver to be money – unlike the paper fiat money of today.

Fiat money has its origins in gold and silver. Before there was absolute government control of the money supply and financial system, banks were allowed to operate as roughly free-market enterprises. Any aspiring entrepreneur could open his own bank, offer safekeeping for people’s gold and silver bullion (usually for a fee), and make loans with the money lent to him by depositors – but not with the money he was holding in the form of demand deposits.

When someone deposited gold or silver in a free-market bank, he was given receipts for it. For example, if I deposited 122 one-ounce gold coins with Acme Bank, then I might be given 122 bank notes, each of which could be redeemed at the bank for an ounce of gold. With these in hand, I could then trade them freely on the open market, using them for the purchase of goods and services in the economy. If people trusted Acme Bank, then these notes would be “good as gold.” But the problem is that these banks, working in league with the government, were often corrupt.

You see, what banks would do is start issuing more bank notes for gold and silver than they had of actual gold and silver. Someone would come in for a loan, and instead of accepting gold or silver, he’d accept bank notes – but there wouldn’t be gold or silver in the bank’s vaults to cover the notes. Bankers thought they could get away with this, and thus make a little extra money. Inevitably, these schemes got out of control, and then the banks crashed. Now, in a truly free market, the banks would have gone bankrupt and out of business, but in the even-then mixed economy of nineteenth century America, politicians came in to bail out the bankers: this was not a flaw of the free market, but of government intervention.

People think of “anarchy” as chaos, but that’s really not the case. Instead, government is chaos. If we believe in freedom and property rights, then we have to understand government as the negation of freedom and the systematic violation of property rights. After all, the government gives itself the right to tax and regulate, and if we truly own our property, the government would not have such authority. Austrian economist Ludwig Von Mises saw this, and while he stopped short of anarchy, his star pupil Murray Rothbard – a mentor of Ron Paul’s – did not. He fused Austrian economics and classically liberal political philosophy into what became known as anarcho-capitalism. And just as the Austrian economists correctly predicted the fall of the Soviet Union and the bust of the housing market, they may be right in predicting the ultimate downfall of statism in general.

If such a thing would come to pass, what would it mean for our money system? Well, it would return to the free-market past, only this time, the market would be truly free. Entrepreneurs would set up banks where people could deposit their precious metals in exchange for bank notes just as before, but without a government to bail out the bankers, the dishonest among them would suffer the consequences. Gold and silver make honest money, and as a result of having honest money, many of the world’s social problems would be alleviated, if not solved altogether.

Change You Can Really Believe In

One problem people see with a gold and silver money system is the issue of making change. Although gold and silver are infinitely divisible, down to the grain, all gold and silver buyers know that a particular amount of bullion divided into smaller units is worth more than the same amount in fewer, larger units. For instance, ten one-ounce gold coins are worth more than one ten-ounce bar. Why? Because smaller amounts are more liquid, and without a government mandating values, people would rather have ten one-ounce coins than one ten-ounce bar – even better would be 100 one-tenth-ounce coins!

This, however, does not mean the system could not work. Whenever there is a problem in a free market, entrepreneurs will step in to solve it. Here is how the problem of making change in a precious-metals based economy could be solved: First, a particular weight of gold (and/or silver) would emerge as a standard, just as gold and silver themselves emerged (and would emerge again) as standard. Let’s say it’s one ounce. Thus, the standard unit of a silver coin would be one ounce, and prices would be denominated in silver ounces (for example). But with an ounce of silver currently at $30+, how would one buy something for $1 or even less?

The answer is simple: the same way we do now. Right now, we use what amount to tokens for change: pennies, nickels, dimes, and quarters have metal-content values that have little or nothing to do with their token values of $0.01, $0.05, $0.10, and $0.25. So, in a free-market economy, trusted banks could issue scrap-metal coins with values ranging from 1/100 of an ounce of silver on up. When you deposited an ounce of silver at a bank, you could take your receipt in the form of a one-ounce paper note, or maybe 100 pennies issued by the bank, which could then be redeemed, 100 at a time, for an ounce of silver.

This is just one possibility. The truth is, in a free market, entrepreneurs see problems we don’t even realize are problems, and fix them. Once we understand Austrian economics and the beauty of the free market, we can let go of our fears and, instead, focus on our hopes for the future. The future is beautiful. It is painted in gold and silver.