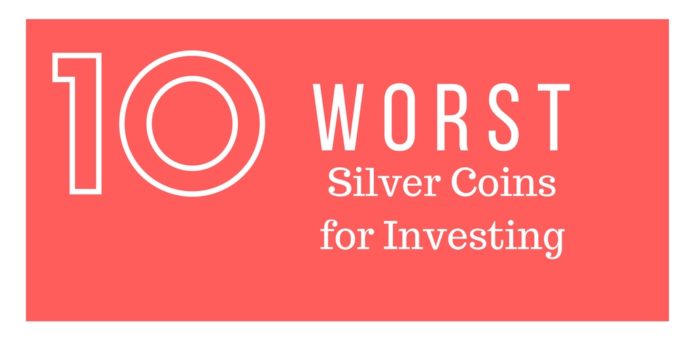 People can choose to buy silver coins for a variety of reasons: Maybe they like a particular coin’s design, or its history, or they just like holding on to it. Maybe they derive happiness from having all of the coins of a particular set. Or maybe they enjoy owning a particular coin simply because it is so coveted—its numismatic value is high.

All of these reasons for buying silver coins are perfectly valid. But if you’re interested in silver coins from a purely investment perspective, then there are three criteria you should be concerned with:

There are trade-offs with items #1 and the others, though: Coins with the smallest mark-ups over spot tend to come from unknown (non-government) mints; multi-ounce rounds and medallions also have lower premiums than one-ounce or fractional coins. The key is finding balance, and two entire classes of coins can be eliminated altogether based on these criteria: Collectible numismatics and “large coins.” After discussing why, we’ll look at the eight worst values among coins that are currently being produced and sold new. 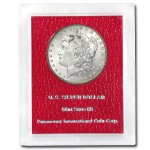 Collectible numismatic coins are those that have market values that are wildly out of line with the value of their silver content. They are prized for their rarity more than anything else. The problem with these coins as investments is that their numismatic premiums are unlikely to keep up with the rise in the price of silver. For example, if silver goes up 177% from $18 to $50, then a one-ounce numismatic collectible coin valued at $100 is likely to go up by only 32% to $132. The collectible coin will go up based on the silver it contains, but there’s no reason to think the numismatic premium will increase too.

Perhaps the numismatic premium will go up with inflation, but assuming silver beats inflation, numismatic coins are still a bad bet. There’s another possibility, too—that numismatic values will actually go down as silver goes up. Why? Because in a scenario wherein the demand for silver goes through the roof, people are going to want as much silver content as they can get. This could divert demand from numismatics and into coins like Silver Eagles, Silver Maple Leafs, and generic silver rounds that have very low mark-ups over spot.

In summary: If you want to buy a few numismatic coins because you enjoy them, by all means do so. But as an investment strategy, buying numismatics is not wise. If you believe, as I do, that silver is set to skyrocket, then the name of the game is getting as much silver in your hands as possible… With one caveat: It has to be liquid. 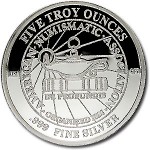 Two-, five-, and ten-ounce coins are produced by a lot of mints, and some even make kilo or one-hundred-ounce “medallions” that are made to look like coins. The per-ounce mark-up over spot on these items is low, but your savings come at a price: liquidity.

Now take things even further: Imagine the dollar has collapsed or is collapsing, and you want to barter in silver. Here, the smaller increment the coin, the greater the relative value. Even ten-ounce coins will trade at a steep discount here, as to be useful, someone will have to melt down and recast them. That comes with an expense, and thus it is wiser to buy coins that are already cast in one-ounce or even smaller increments. 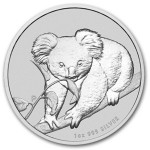 A coin like the Silver Koala is a fun one to own, and makes a great gift. There are certainly worse coins to buy as investments, but with its high mark-up and limited appreciation potential, the Koala comes in at #8 on our worst-investments list. 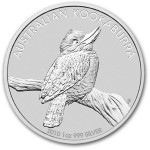 Like the Silver Koala, the Australian Kookaburra is produced by the Perth Mint and is legal tender in Australia. The Kookaburra has one unique distinction: it’s the only legal-tender coin to change its design annually. Kookaburras have been minted since 1965; ironically the year that U.S. coins were debased of their historic silver.

New Kookaburras sell for about $6 over spot, just like Koalas. They are attractive coins, too, and make a welcome addition to anyone’s collection. So why are they ranked below the Koalas? Because market demand for cute Koala coins is significantly higher than demand for Kookaburras. What is a Kookaburra anyway? The 2007 coin is already selling at a $3 discount to the new issues. Thus, Kookaburras, despite their rarity and legal-tender status, most certainly can lose non-silver value in a short time. 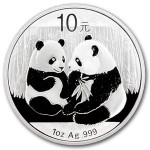 Now if Silver Koalas are adorable, what of these Silver Chinese Pandas? Even the most cold-hearted silver bug would be willing to pay a fairly hefty premium for one of these—one being the operative word. Pandas, regardless of how cute, are not good investments to be bought in bulk.

The 2009 Chinese Pandas are currently selling for about $18 above spot—that’s almost double the value of the coin’s silver content. Pandas minted 2004 through 2008 range anywhere from a dollar more valuable than the 2009s to several dollars less valuable. Some particular years, like 2003, have appreciated greatly, but it’s a matter of speculation as to which issues will become more valuable down the road. As investments, Silver Chinese Pandas rank among the worst new coins available to buy. 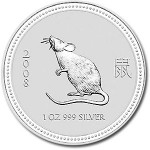 Silver Lunars are yet another set of Perth-minted coins that are legal tender in Australia. What’s unique about Lunars is that their designs coincide with China’s ancient lunar calendar. The 2008 issue, for example, is “The Year of the Mouse.”

Lunars are yet another group of coins that sound fun to own. The problem is that their mark-up precludes them from being viable investment coins. Currently, Year of the Mouse coins are selling for almost twice the value of their silver content, while 2007 “Year of the Pig” coins have depreciated to just 1.6 times spot. If you buy Silver Lunars, you must be prepared for the fact that they could lose non-silver value fairly rapidly. 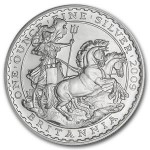 Silver Britannias are produced by the U.K.’s Royal Mint and have a 2-GBP face value. They are one-ounce coins, though they’re just .958 silver, compared to the standard .999 fine silver. These coins are beautifully minted, but their mark-up—at about $17 over the value of their silver content—is too rich to make them viable investments.

What’s more, older Britannias haven’t appreciated by much, as the 2008 and 2009 coins are selling for the same price as the 2010s, and 2007s are only trading at a buck or two higher than the latest issues. 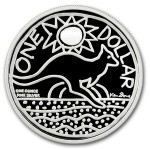 Oh boy, another cutesy animal coin! Everyone loves kangaroos, but there are many problems with these coins. Most importantly, they aren’t even very cute—the design is very basic and features only the outline of a kangaroo. Secondly, they trade at a huge mark-up to the spot price of silver—currently they’re selling for more than double the value of their silver content.

Kangaroos do come in limited mintages, usually not exceeding 20,000. This cap on supply stimulates demand and increases the non-silver value of the coins. But, of course, that value can be ephemeral. Rather than buying around eight Kangaroos, you could buy an entire roll of twenty generic rounds. When silver skyrockets, the disparity between the two holdings will be enormous. 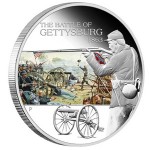 In addition to minting several Australian legal-tender coins, the Perth Mint also makes a variety of “specialty” rounds. These items feature images such as the Battle of Gettysburg, the First Man on the Moon, Barbie, and the Transformers.

Such novelty coins might be fun to own, but the wisdom of doing so—even as collectibles—is questionable, given the Perth Mint’s huge mark-up over spot price. For instance, Battle of Gettysburg coins are currently selling at a mark-up of more than $110 over spot. While these could very well appreciate in value in the years to come, it’s far smarter to take that $110 and buy another five or six one-ounce rounds.

1. Liberty Dollars (and Other “Alternative Currencies”) 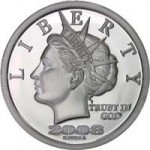 Most silver investors and collectors are opponents of America’s Federal Reserve and the central-banking institutions all over the world. We’re attracted to the idea of alternative currencies, and subverting the various government monopolies on money. This is what Liberty Dollars were all about, and for challenging the Fed’s illegal monopoly, Liberty Dollar’s founders were thrown in jail. And this is the Land of the Free?

Silver bugs are almost unanimously sympathetic to the Liberty Dollar, but this doesn’t make the coins a good investment. The Liberty Dollar strategy was to get silver (and gold) coinage into circulation by thwarting Gresham’s Law. Gresham’s Law states that “bad money drives out good.” Silver could not circulate side-by-side with paper fiat money, then, because silver coins would always end up in the hands of hoarders who realized their value was greater than that of the paper money. Liberty Dollar’s strange response to this was to make their silver into “bad money” by overstating the face value of the coins to an absurd degree.

Well, the plan didn’t work. But there are still thousands of people who paid face value for one-ounce silver coins marked $50 “MSRP” (manufacturer’s suggested retail price). I’m one such individual. I bought one coin to have as a collector’s item and because it was a beautiful coin, but I have friends who invested hundreds of thousands of dollars into Liberty Dollar. How much better off would they be now had they bought generic silver rounds?

Liberty Dollar is currently on hiatus, pending court cases, but this advice applies to all would-be alternative currencies: If a currency can viably compete with the dollar, it will have to do so on its own merit, when people no longer want to accept dollars. Anything else will either fail thanks to Gresham’s Law, or defeat itself in its attempts to subvert Gresham’s Law. Either way, it’s not wise to jump on the revolutionary bandwagon too soon. Wait until you have sufficient stockpiles of silver first!