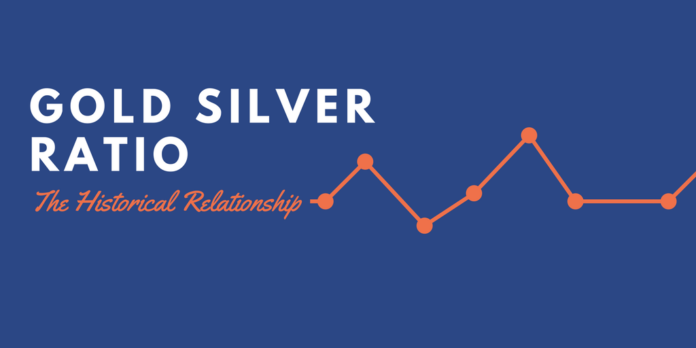 But the historical average remains at 15.5:1 ratio and is still with us to this day. Why is it so persistent? Could it be that there is some validity to the historical ratio? Since the current ratio is fifty-two ounces of silver for every one ounce of gold, a supply-and-demand driven return to the historical 15.5:1 ratio — or anything near it — would signal a massive bull market in silver, a huge crash in the value of gold, or a little of both.

Gold and Silver in the Twentieth Century

The average silver-to-gold ratio over the entirety of the twentieth century was 47:1 — a far cry from the 15.5:1 ratio of the nineteenth century. Today gold is even more valuable, relative to silver, with the ratio currently standing at 52:1. Even a return to the 47:1 ratio would indicate a mini-rally in silver (or a mini-crash in gold), but is there any reason to expect such a return? Or, going further, is it possible the silver-to-gold ratio could ever approach 15.5:1 again?

Israel Friedman certainly thinks so. “The rarer and more industrially needed item should be $650 and the more plentiful and less used item should be $13.” Although he may be a bit hyperbolic, Mr. Friedman and others like him argue that the silver-to-gold ratio today should be at historic lows — not just 16:1, but perhaps 1:16 or 1:52!

There is other evidence to support a bullish silver hypothesis. The silver-to-gold ratio, in terms of the volume of ounces traded in the commodity markets, is approximately 7:1. When viewed from the perspective of COMEX inventories, the ratio is roughly 12:1. According to the U.S. Geological Survey, the known world reserves of silver are 270,000 tons with a reserve base of 570,000 tons, compared to 42,000 and 90,000 tons, respectively, of gold — thus providing a 6.43:1 reserve ratio and a 6.33:1 reserve-base ratio.

Of course, there’s no real reason why there should be a 380% difference between the global production ratio and the monetary ratio. For many years, the monetary ratio has been out of whack with almost all other measures, and many silver bulls think the gold/silver relationship is long overdue for a major correction.

What This Means for Today’s Investors

If the silver-to-gold ratio were to revert back to 15.5:1, would this necessarily mean a bull run in silver? Couldn’t it mean a huge crash in the price of gold? While technically, the answer is yes, practically speaking, there is virtually no chance that gold could fall far enough to meet the 15.5:1 ratio without a major bull run in silver.

Think about it: If silver were to stay around $13 an ounce, this would mean that gold would have to fall all the way to $200 — a 70% decline! Yes, gold has declined by this much in the past, but that was coming out of an era of double-digit inflation. With the Consumer Price Index around 3% and the government as fiscally reckless as ever, the idea of a crash in gold the likes of which was seen in the eighties is highly improbable.

The fact of the matter is the silver-to-gold ratio is at historic highs at a time when it should be near historic lows. This is not a bearish indicator for gold, but a strongly bullish sign for silver. Even if gold were to fall by 20%, and even if silver assumed a 20:1 ratio instead of 15.5:1, this would still mean silver priced at $26.80 an ounce — double current price of silver.

When it comes to silver, though, not working may represent a double. Working could mean a return to the 15.5:1 silver-to-gold ratio without a decline in the price of gold. And really working could mean that Israel Friedman’s prediction comes true: silver surpasses gold as the more valuable metal, inverting the ratio and making millionaires and billionaires out of thousands of silver-bugs. Stranger things have certainly happened in the history of silver, the notoriously volatile cousin of the comparatively stable gold. For this reason, putting 10% in silver may indeed prove to be a wise financial decision.